Before making the rather good “The Internecine Project” and contributing to the rather bad “Casino Royale”, Ken Hughes started his directing career at Merton Park Studios making low budget program fillers with a quick turn around. He had made “Casebook” half hour features such as “Night Plane to Amsterdam” and “Passenger to Tokyo” before making this film.

“Little Red Monkey” was successful on both sides of Atlantic due to Jack Jordan’s catchy barrel organ like theme tune. (The theme was already a big hit in a vocal version by Joy Nichols.)

As with all the Merton Park Studios films, the use of nearby London locations and unknown actors gives the film a pleasing authenticity. “Little Red Monkey” is a reliable 1950s British noir.

American agent Bill Locklin (Richard Conte) is in London to aid the travel plans of defector Dushenko. Meanwhile strange murders are afoot in the capital with sightings of a monkey at the scenes of the crimes. The story is a press sensation with top hack Harry Martin (Colin Gordon) determined to get the scoop. Overseeing the chaos is the very dry Supt. John Harrington (Russell Napier) who is a joy to watch. His conflicts with everyone are both caustic and measured at the same time.

“Little Red Monkey” is a serviceable piece of cloak and dagger although the finale is a little abrupt. While not a classic, it is not without charm. 6/10

“Londra Chiama Polo Nord” is based on a true story from World War 2. Nazi intelligence captured John Guinness aka “North Pole”, a British signals radio operator working with the resistance in Holland. The Nazis replace him with their own agent. Messages sent back to London are sufficiently confusing for an English agent Mary Green to be sent to investigate.

“Londra Chiama Polo Nord” stars several stalwarts of European cinema. Curd Jürgens as Colonel Bernes; good Nazi, officer and gentleman doing his best to charm Dawn Addams and get her to verify the authenticity of the false “North Pole” agent to her London superiors. Jürgens always played authoritarian roles and played several megalomaniac villains in Eurospy films such as “Pas de Roses pour OSS 117” and “Das Geheimnis der gelben Mönche” before taking on James Bond in “The Spy Who Loved Me”.

Despite the cast, several things let down the film. The stagey pseudo- documentary voice over that reappears throughout, the opulent sets including the most comfortable Nazi jail ever seen, a gushing musical score by Nino Rota, a dreadful English dub and lashings of sentimentality all contribute.

The literal translation of “La Louve Solitaire” is “The Lone She-Wolf”; the English release title: “The Golden Claws of Cat Girl”. The various titles are wonderful and evoke what the film is about – a story of a super sexy female cat burglar dressed in black. “La Louve Solitaire” is an example of the “Hit-Ladies” sub genre. “Hit-Ladies” is a French genre name for stories about super femmes specialising in espionage. (Luc Besson’s “La Femme Nikita” is a case in point.)

Sexy female cat burglar stories are almost a sub-sub genre in their own right. I am going to christen them “Femmes-Chattes” films (“Catwomen” films.) Director Georges Franju was a leading exponent of the genre. He clearly had a fetish for women in black cat-suits performing criminal acts. Both Franju’s homages to Louis Feuillade “Judex” and “Nuits Rouges” feature masked rooftop beauties in tight fitting black outfits. Olivier Assayas in turn paid homage to Franju in “Irma Vep” (1996) with Maggie Cheung performing lots of Parisian rooftop action in a black cat-suit. This sexy utilitarian look was used time and again for women in 1960’s spy films from “Carry on Spying”(1964) to “Black Tights Killers”(1966).

Estate agent by day / cat burglar by night; Françoise (Danièle Gaubert) has to avoids a lengthy prison term for her crimes by using her acrobatic feline skills to help the French secret police break a foreign embassy drugs ring. Using diplomatic immunity as a cover for moving large consignments of heroin, wonderfully suave and sinister chief villain Saratoga (Sacha Pitoëff) thinks he is invincible. It is up to Françoise to wipe the arch smirk from the lips of this cravat wearing psychotic philatelist.

Danièle Gaubert plays the whole piece with a detachment fitting for an ice maiden with a flair for thievery. The film also has a low-key early 1970s quality that climaxes with an unresolved existential denouement. To simply read it as a genre piece loaded with heavy fetishism is to deny its cinematic qualities. The stunts are real and extensive, the heist scenes are tense, the pace is good and the score by Francis Lai is most effective. That said your enjoyment of the film is going to be determined by how much you enjoy watching Danièle Gaubert in a tight black outfit. Here it gets full marks being an essential early example of the “Femmes-Chattes” subgenre. 9/10

Jesus Franco is easily the “loosest” director in the history of cinema and it maybe that his determinedly loose and anarchic approach will come to be regarded with great respect in time. His style makes everyone else seem uptight. Once you realise the approach is not only intentional, but is an anti-establishment statement, Franco starts to emerge as an innovator. “Lucky, el intrépido” helps to view Franco from this position.

Franco doesn’t care – he tries anything; speech bubbles, rogue war footage, crazy inter-titles, pop art super imposed explosions, chases that don’t go anywhere and an ending that defies belief in its audacity. When a crazed member of “Archangel” – the financiers secret society – explains Lucky’s mission his speech is so babbled and maniacal that no one could ever hear it. Of course, it does not matter. Narrative is just another point of rebellion in the Franco universe.

At the centre of the mayhem is a perfect performance from Ray Danton who has great fun with his spy persona. Danton had played it straight in “Si muore solo una volta” and “Corrida pour un espion” and one can detect his serious edge underpinning the fun and games in “Lucky, el intrépido”. 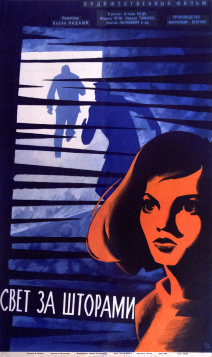 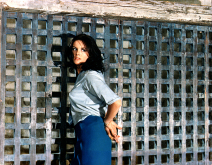 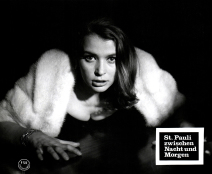 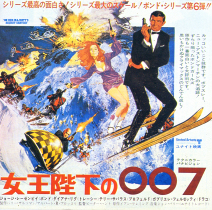 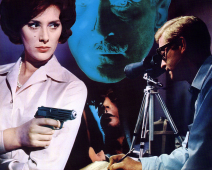 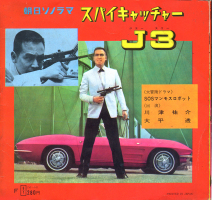 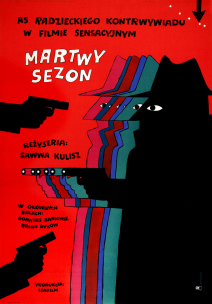 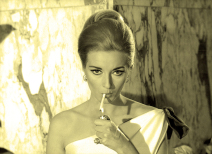 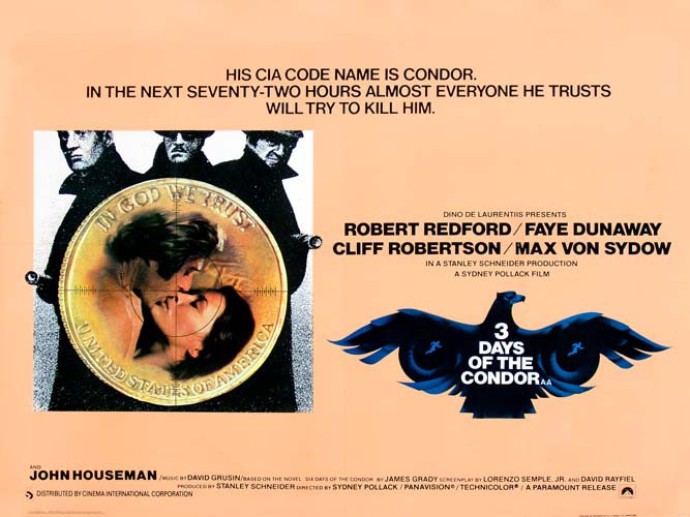 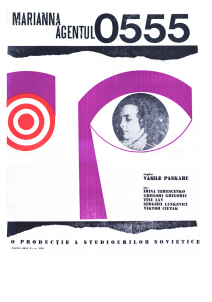 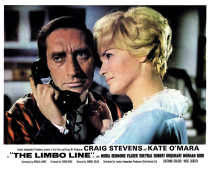 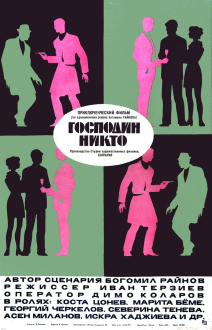 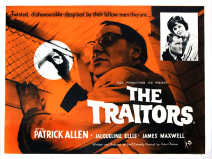 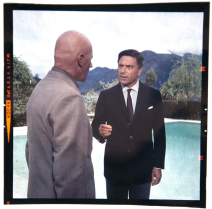 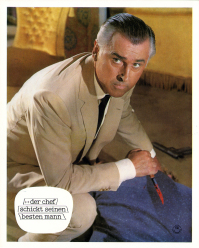 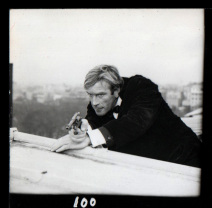 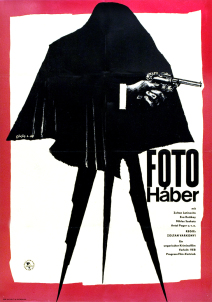 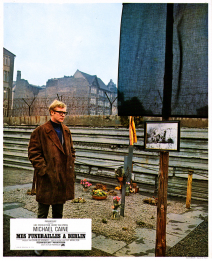 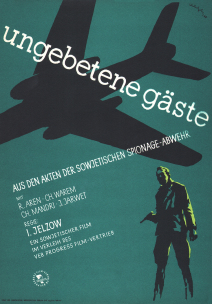 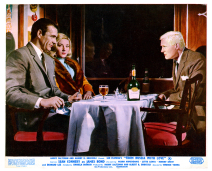 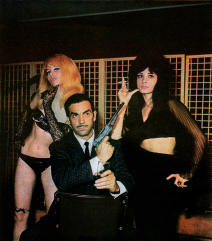 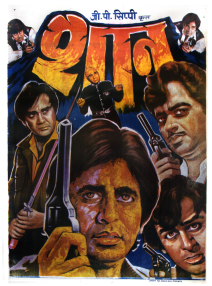 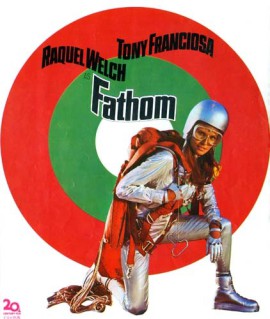 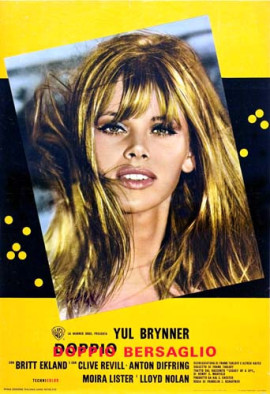 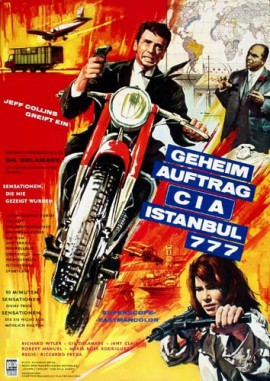 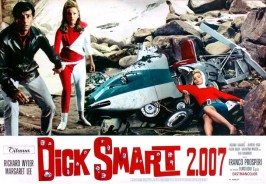 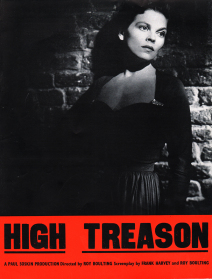 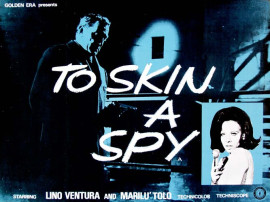 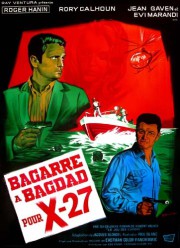 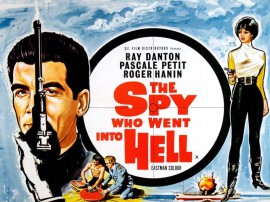